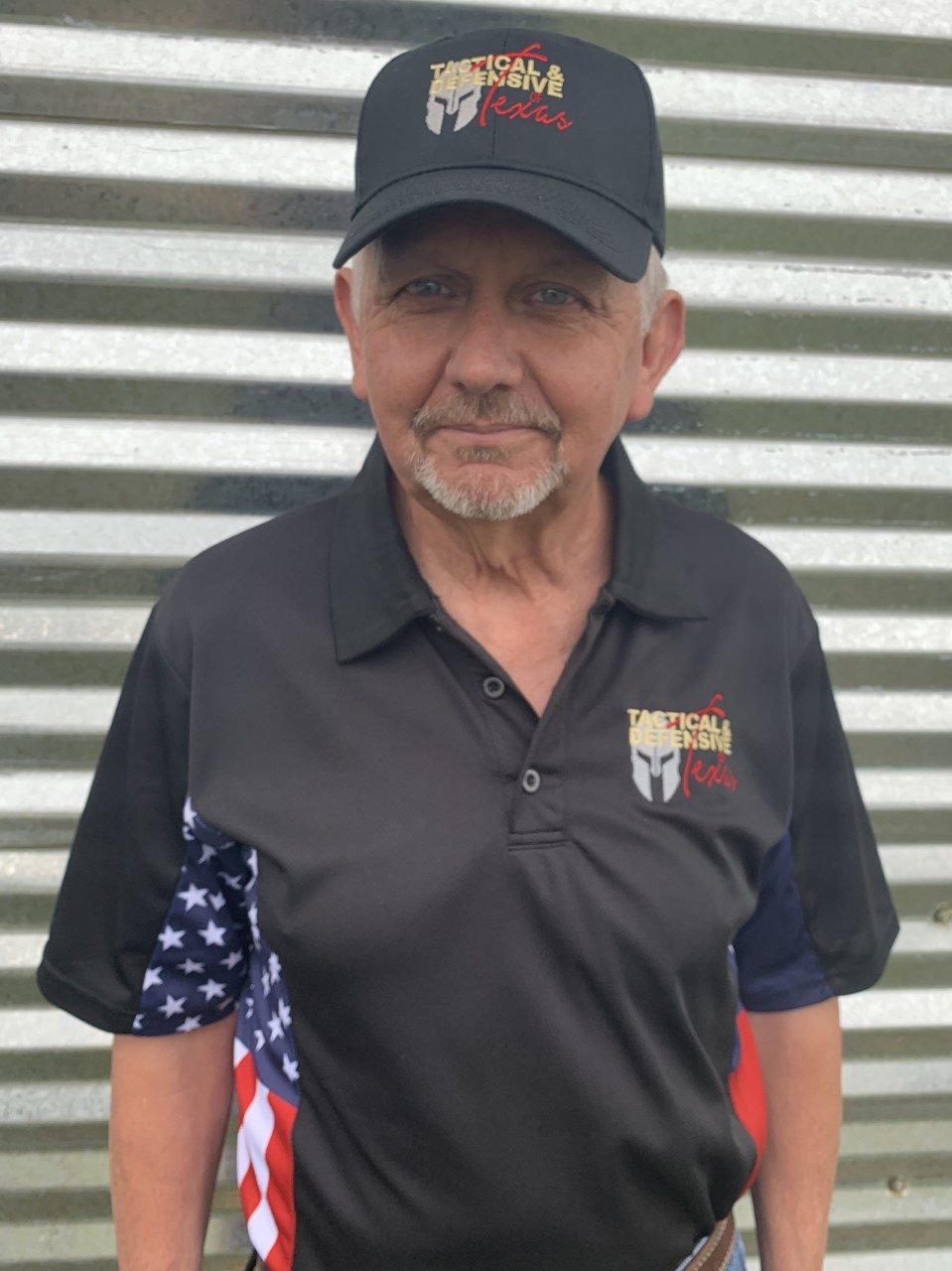 Owner, Founder, and Senior Instructor of Tactical and Defensive of Texas

Jim has more than 20 years of law enforcement experience. Jim has trained in KOGA (self-defense techniques) and various other martial art forms. He earned his first firearms teaching certificates under a FBI firearms instructor program during his time with the sheriff’s department. Jim qualified under this training to teach combat shotgun, revolver, semi-automatic pistols and carbines such as the Mini-14, AR-15 and M4’s. Jim has trained with Gabe Suarez of Suarez International, Scott Phillips (former Navy Seal, owner of Tac-frog) and many other instructors within law enforcement to hone his shooting skills over the course of his career. Jim shot competitive matches against many branches of law enforcement such as police officers, border patrol officers, the marshal’s office and immigrations officers. Jim has worked with the Secret Service on different occasions while guarding Presidents as well as being assigned to various dignitaries from foreign countries. He was assigned by the sheriff’s department to be a personal body guard to Lt. Colonel Oliver North and was privately hired by North’s defense team twice to keep Lt. North safe while he was the Dallas, Texas area. Jim has attended several armory schools including Glock, Smith and Wesson shotgun and rifle schools earning armory certificates in each. Jim became a TCOLE certified instructor for the State of Texas in 2000, this enabled him to teach law enforcement officers across the State of Texas. Jim became a licensed instructor in 1994 to teach CHL/LTC classes. Jim taught his first class in September of 1994. We are currently expanding our range and teaching facilities. Tactical and Defensive of Texas is sworn to safely teach classes to build confidence in shooters who want to acquire a LTC or just becoming more efficient in shooting a handgun, shotgun or carbine. Tactical & Defensive offers different classes on shooting and can customize special training for you or your group at its private tactical range utilizing paper and steel targets. Our Range is located in Canton, Texas, 60 miles east of Dallas.

Co-Owner & Instructor of Tactical and Defensive of Texas

Michele Clowe, former co-owner of Women with Firearms and Faith, returns to Tactical and Defensive of Texas to join her dad, Jim, this year and is excited to bring a new energy to the team, grow our community and our range.

Michele is a certified NRA instructor, TX LTC Instructor and has been teaching the TX LTC course since 2013.  She has a passion to train men, women and children alike as it’s been ingrained in her from a young age due to how she was raised and trained by her dad who was a 20 yr. police firearm instructor. She has also had training under Navy Seal, Scott Phillips, at Tac-Frog who helped honing in her shooting skills to another level.  Growing up as a young girl learning the basic fundamentals of how to safely operate rifles, pistols and shotguns of various calibers has played a major role on who she is as an instructor today.

Feel free to contact me for personal one on one instruction, cleaning/maintaining your personal firearm or private/group LTC classes.